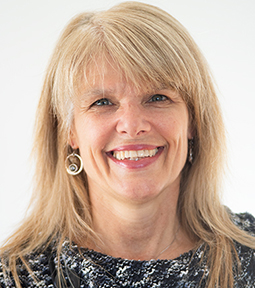 Josée is a Co-founder of Spyfloor. She has a strong mathematics background which is a very strategic asset to develop the algorithms that make Spyfloor run. She is also strongly involved in Spyfloor’s prototyping, validation and testing. Josée is an expert in 3D printing. She transforms ideas into a real form that allows the team to develop faster. In addition, Josée is responsible for everything related to the manufacturing side as well as intellectual property.

Josée brings over 25 years of experience as a mechanical engineer. Prior to founding Spyfloor in 2015, she worked for 8 years at Johnson & Johnson, an international pharmaceutical company. She held various positions as project manager for the installation of high-speed production lines as well as the implementation of an automated maintenance system. Furthermore, she also served as a supervising engineer in charge of electricians and mechanics. In addition to her position at Johnson & Johnson, Josée also worked at IMAC (now AV&R), Oerlikon Aerospatiale (now Rheinmetall Canada) and ABB Flakt Ross.

Josée holds a bachelor’s degree in Mechanical Engineering from the University of Sherbrooke (Canada). She is a member of the Order of Professional Engineers of Quebec (OIQ).

Got questions about
our products
and customization services?
Contact Us
info@spyfloor.com
514-710-6686
Copyright 2018 Spyfloor | All Rights Reserved | Created by ArtImage Communication Design
